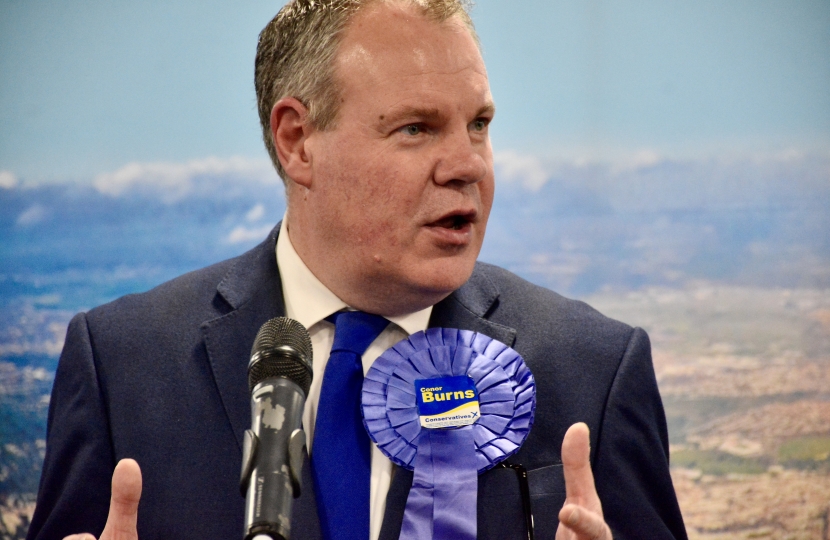 Conor was re-elected as the Member of Parliament for Bournemouth West, Alderney and Branksome East at the General Election held on Thursday 12 December 2019.

During his acceptance speech Conor said “this result is a personal triumph for the Prime Minister Boris Johnson.... I knew that when the people of the United Kingdom saw his vision for Britain, saw his determination to unlock Britain’s potential and allow us to move on from Brexit and to get Brexit done, they would rally to his colours”. He added “I pledge myself in service again to the people I have served for the past nine and a half years, and I pledge my loyalty and support to the Prime Minister to get Brexit Done and get back to the priorities of the British people.