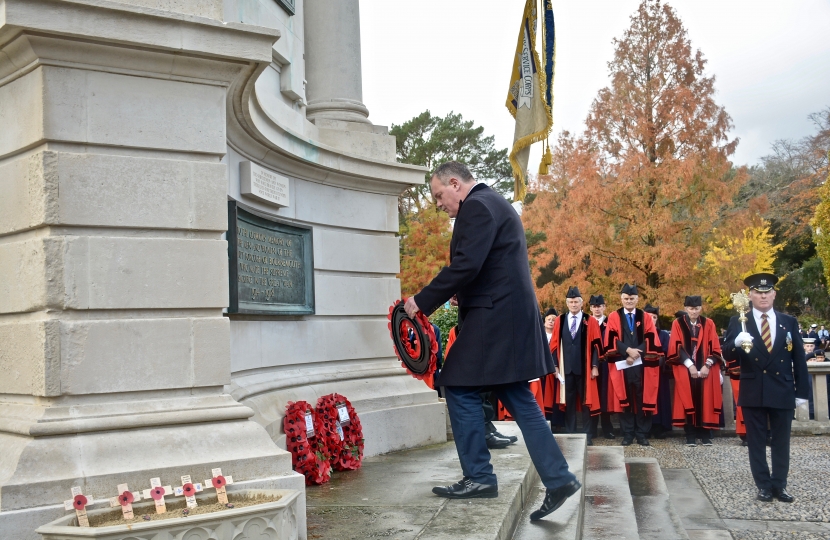 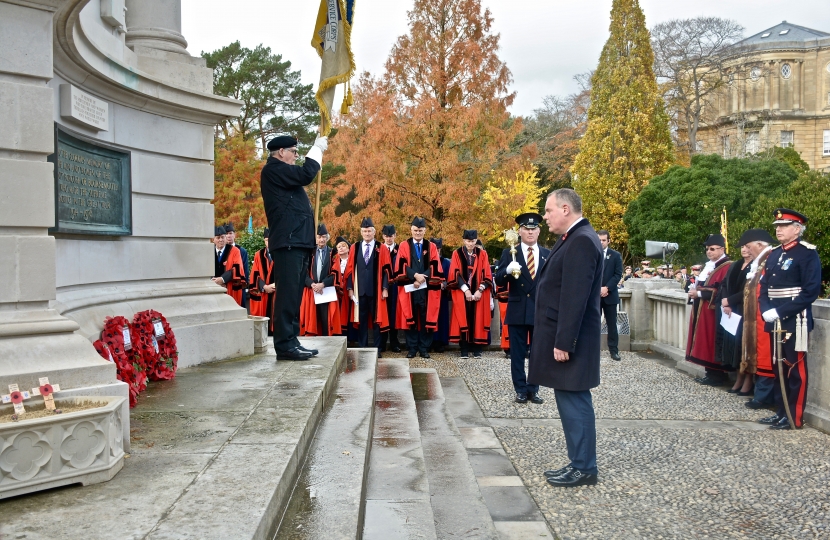 Conor joined hundreds of local people to remember those who lost their lives during war last Sunday at the war memorial in Central Gardens.

A few minutes before 11am, Conor, local councillors and civic officials paraded down to the memorial from the town hall, alongside military personnel and religious leaders.  The Last Post was sounded, followed by two minutes silence marked by the firing of a field gun.

Conor was proud to lay a wreath at the memorial, on what was the 100th Anniversary of the Armistice that ended the First World War.

Speaking after the ceremony Conor said: "It was an honour to join Her Majesty's Lord Lieutenant of Dorset, the Mayor of Bournemouth and representatives of the armed forces in Bournemouth today to remember those who gave all for our freedom. The largest turnout I have ever seen. We will remember them."