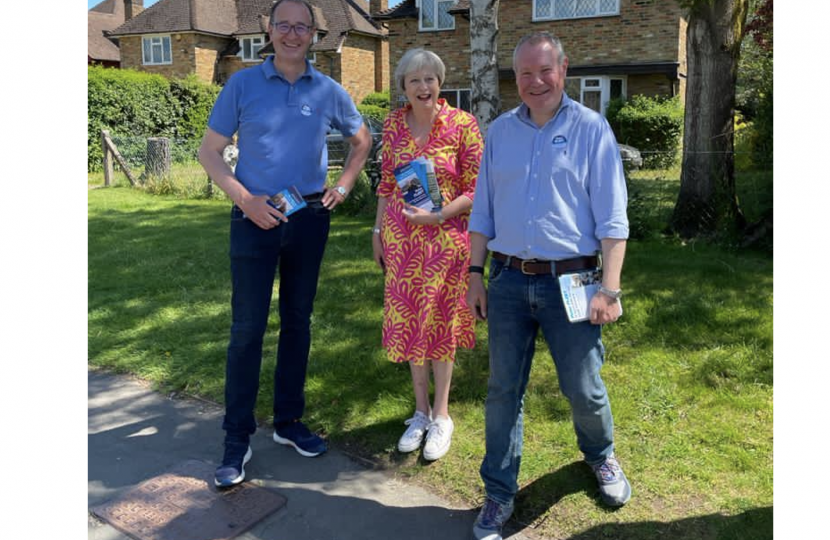 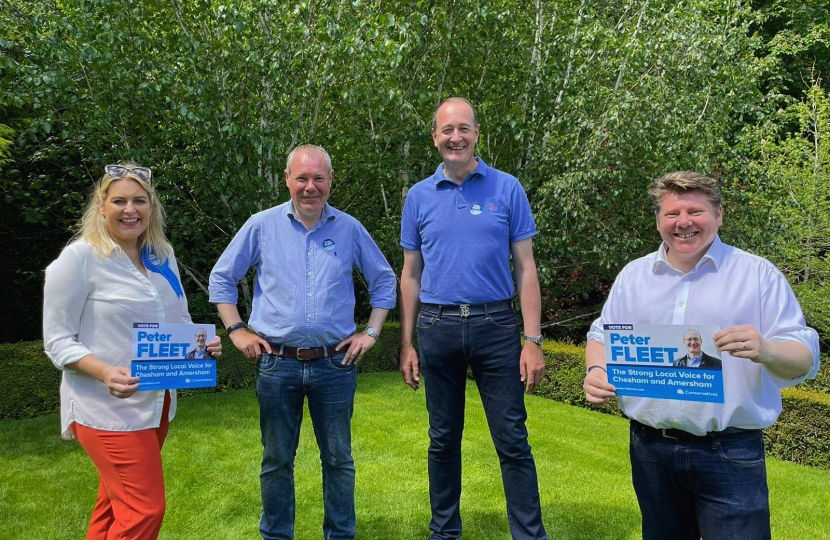 Following the sad death of Dame Cheryl Gillingham a by-election has been called on the 17th June in the constituency of Chesham and Amersham. Dame Cheryl had served the constituency since 1992.  The Conservative candidate Peter Fleet is a long standing friend of Conor and was educated at a comprehensive school and then enjoyed a 30-year career with Ford, starting out as a graduate trainee and working his way up to become a Group Vice-President of the famous motor company.

Conor bumped into some other famous faces also giving aid; Theresa May, former Prime Minister, Mims Davis MP and Dean Russell MP as well as many other visitors to the constituency.