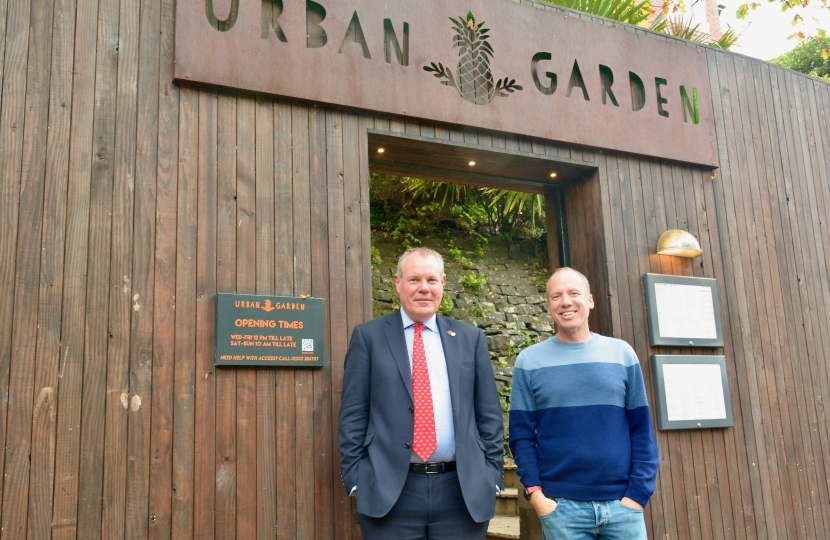 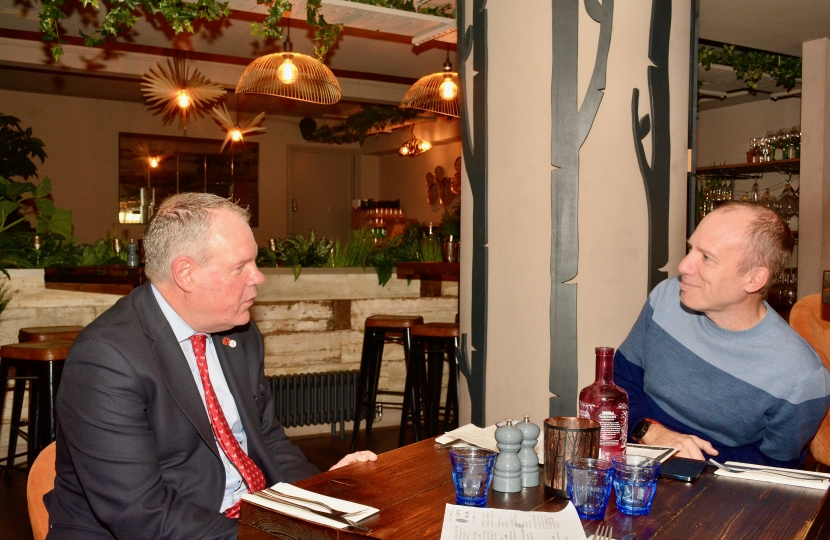 Conor with Mark Cribb, the owner of Urban Garden and the Urban group of restaurants. Mark showed Conor what improvements he has made to his terraces which overlook Bournemouth Gardens. Conor also discussed with Mark, the challenges he has in running his chain of restaurants in Bournemouth. Mark, expressed his gratitude for the government's furlough scheme and said that he had no problems with his supplies, which are mainly local farmers.