Conor becomes Minister of State at the Department for International Trade 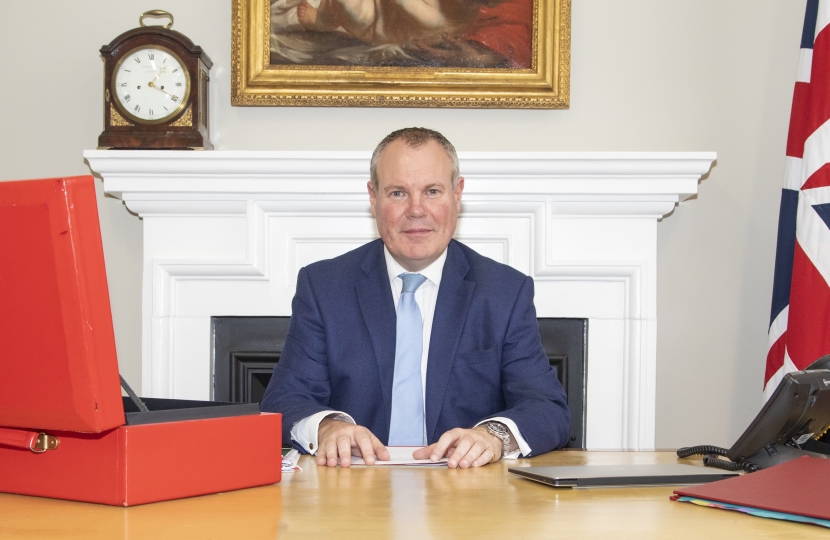 Conor was delighted to be asked by the new Prime Minister to join the Government, as Minister of State for International Trade.

Pictured above at his desk in the Department, Conor's role will see him take an important role in ensuring the United Kingdom economy sees the benefits of Brexit, as an outward looking, global trading nation.

Commenting, Conor said, "It is a great honour to join the government, especially in this vital role for our economy.  Free trade is the best route to greater prosperity and I look forward to striking up those trading relationships with the rest of the world that will see our economy grow.

"I also want to guarantee that this role will in no way distract me from my work as your local Member of Parliament.  President Reagan once famously remarked 'dance with the one what bring ya' - and I will never forget that it is the residents of Bournemouth West putting their trust in me to represent them in the House of Commons."