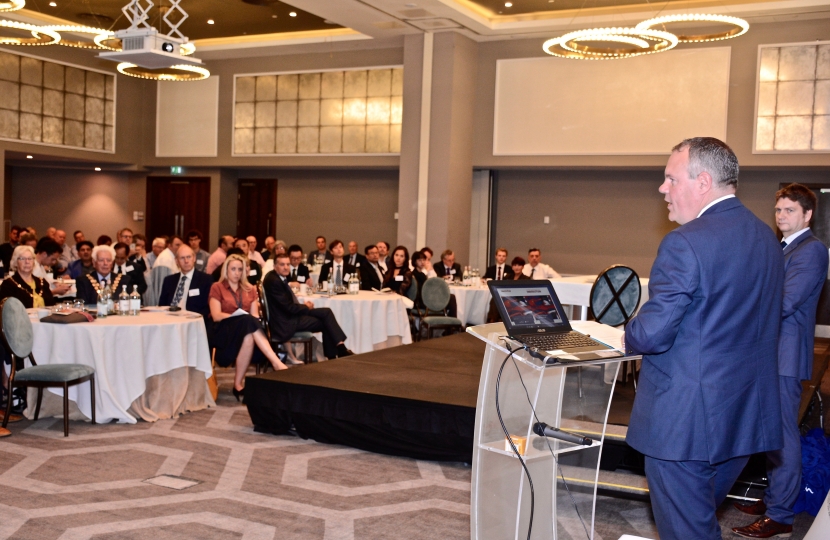 Conor addressed the China Bournemouth Conference recently, where he highlighted the importance of links between the UK and China; and China and Bournemouth because of the great opportunities there are.

Did you know that by 2030, Chinese cities will be home to more than 1 billion people?  At the moment there are more than 100 cities with populations over 1 million people and this is expected to double by 2025.  The opportunities for business and for trade in manufacturing and investment are limited only by our imagination. The Chinese Government is planning a mega city linking Beijing with its neighbours. It will be known as Jing-Jin-Jo with a population of around 130 million people and will cover an area bigger than Uganda covering over 81,853.66 square miles.