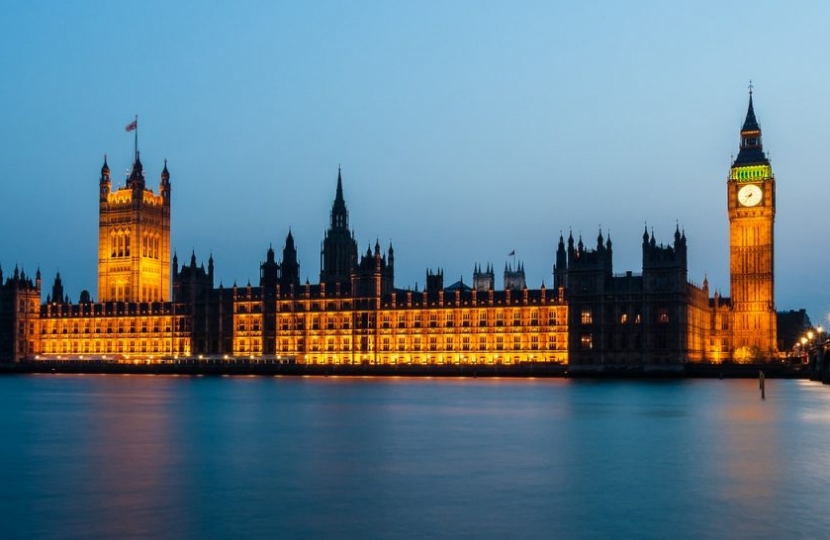 I have received emails from constituents registering their support for a plethora of campaigns relating to food, farming and environment standards after the end of the EU transition period, as we start to formulate our own independent trade policy as a sovereign nation.

The issues raised by the various campaign groups are very similar or interlinked, though the emphasis may vary.   Some constituents have sent me a copy of more than one campaign.  To avoid duplication by replying individually to each one, I am therefore setting out my position on the principal points included across the range, and hope this will address your concerns.

On food, I appreciate that my constituents and British consumers across the country want high welfare produce, not only for domestic consumption but also because of the unique selling point it provides for our farmers, whose exceptional produce is in demand around the world.   If our future trading partners want to break into the UK market, they should expect to meet those standards. The manifesto I stood on was clear that, in all trade negotiations, our high environmental protection, animal welfare and food standards will not be compromised. The Government will stand firm in trade negotiations to ensure any deals live up to the values of our farmers and consumers.
The protection is two-fold:   first, the EU Withdrawal Act will transfer all existing EU food safety provisions, including existing import requirements, on to the UK statute book.  And, second, without exception, all animal products imported into the UK under existing or future free trade agreements from all trading partners, including the EU and others, will have to meet those stringent food safety standards.

Any changes to existing food safety legislation would require new legislation to be brought before, and agreed by, Parliament.    It is therefore a misunderstanding to say, as some have done, that “we will have no choice but to let poor quality American food in”.    Leaving the EU, its legal framework and its one-size-fits-all policies now gives our country and our sovereign Parliament the ability to make our own decisions on trade, for the first time in more than 45 years.

Regarding the relationship between trade agreements and health outcomes, there is no evidence to suggest that a free trade deal with the United States, or indeed any other country, would lead to an increase in child obesity in the UK.  Indeed the Trade Secretary has emphasised that point very recently.  The health and diets of our children is at the heart of the Government’s commitment to the high food standards that protect and benefit British farmers and consumers, which is why I believe Amendment 93 made to the Agriculture Bill in the House of Lords, mentioned by some, to be an unnecessary potential source of duplication and confusion.

The UK’s independent food regulators will continue making sure that all food imports into the UK comply with those high standards, which include a ban on using artificial growth hormones in domestic and imported products and set out that no products, other than potable water, are approved to decontaminate poultry carcasses.
The newly-launched Trade and Agriculture Commission will ensure that the voices of the public and industry are heard, and that their interests are advanced and protected. It will advise the Government on how Britain can remain a world-leader in animal welfare and environmental standards, and how we can seize new export opportunities for our farmers. Trade advisory groups, including the National Farmers Union, working with the Commission, will ensure that British farmers, businesses, and consumers will play a central role in the nation’s trade policy.

Regarding amendments made to the Agriculture Bill in the House of Lords relating to the composition and status of the Trade and Agriculture Commission, I know my ministerial colleagues are always considering how best to strengthen the machinery of government to ensure effective decision-making and scrutiny and will consider carefully what is proposed.

On animal welfare, standards will not be watered down in pursuit of any trade deal.  The Government’s commitment on future trade agreements includes a commitment to uphold our high standards, many of which already exceed those that we as an EU member state were required to observe.

That said, EU law is no panacea - you can keep farm animals in unspeakably cruel conditions, without breaking a single EU law.   Having left the EU, the UK will now have the opportunity to go further. A consultation will shortly be carried out on restricting live animal journeys, requiring approval for longer journeys and bringing forward welfare conditions for these journeys when they are necessary. The Government is also looking at proposals to ban the trade in pet primates, extending compulsory microchipping to cats and controlling the trade in hunting trophies from endangered animals, and is committed to making any necessary changes to UK law in a rigorous and comprehensive way to ensure animal sentience is legally recognised after the transition period.

On the environment, as a former Minister of State for International Trade I am in no doubt that boosting trade does not have to come at its expense. The Government shares the public’s high regard for the environmental protections that we have here in the UK and is committed to seeing these valuable protections upheld in any future trade agreement.  I can assure you that the Department for International Trade is looking closely at all the options available for the design of future trade agreements, including the full range of mechanisms on offer for safeguarding what we have and hold dear.   That includes our ability to decide our own regulations on pesticides, on which the Government has been engaging with the agricultural sector in trade talks.  We will develop our own dynamic system, which will continue to deliver high standards of protection for the environment and people.

As an additional point, I would like to address the question of a future UK/US trade deal, which many seem to believe could never be in the best interests of our country.   In fact, a mutually beneficial agreement with the US could be very helpful to our exporters.  Lower tariffs on products, including beef and cheese, would create new export opportunities for the UK’s high-quality producers.  I was interested to learn that the National Sheep Association recently stated that a free trade agreement with the US would benefit sheep farmers in all parts of country by creating new opportunities and driving demand.

Prices for premium products also tend to be higher in the US, so improved access will allow UK farmers to obtain high prices for their quality produce. It is also worth noting that the US has relatively high costs of production compared to the UK. As an example, US beef is currently 6 per cent more expensive than EU beef.

As an indication of a possible way forward, I strongly welcome the agreement in principle of a UK-Japan FTA.  As well as securing tailored benefits and additional market access for UK businesses trading with Japan, this deal has secured 70 geographical indications for iconic British food and drink products such as English sparkling wine and Welsh lamb.  These protections outstrip those found in the EU-Japan FTA, and set a powerful example for an innovative UK trade policy built on high food standards.

On future trade deals, I too believe that effective Parliamentary scrutiny is important, but the Trade Bill cannot be used to implement new FTAs with countries such as the US. Instead it can only be used to transition the FTAs that the UK has been party to through EU membership. All these agreements have already been subject to scrutiny as underlying EU agreements, through the European Scrutiny Committee process or equivalent.

Regarding new trade agreements, public consultations have and will continue to be held prior to negotiations to inform the Government's approach.  Regular updates are provided to Parliament on the progress of negotiations and I know that my Ministerial colleagues at the Department for International Trade will also be engaging closely with the relevant Committees in both Houses of Parliament.

It is important to note too that all treaties requiring ratification are subject to the scrutiny procedures laid out in the Constitutional Reform and Governance Act 2010. The Government has also made repeatedly clear that where necessary it will bring forward primary legislation to implement new free trade agreements, which will be debated and scrutinised by Parliament in the usual way.

Negotiations are currently ongoing and both sides are seeking a free trade agreement with no tariffs, quotas, fees or charges across all goods sectors as well as further provisions on services and security cooperation.   It is reassuring that the Prime Minister and the President of the European Commission have spoken in the last few days, and agreed on the importance of finding an agreement, if at all possible, with which purpose negotiations between the UK and the EU will now be intensified.

I hope this is helpful. 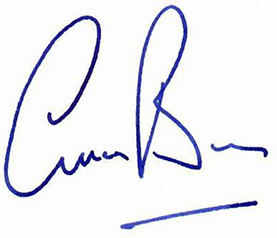