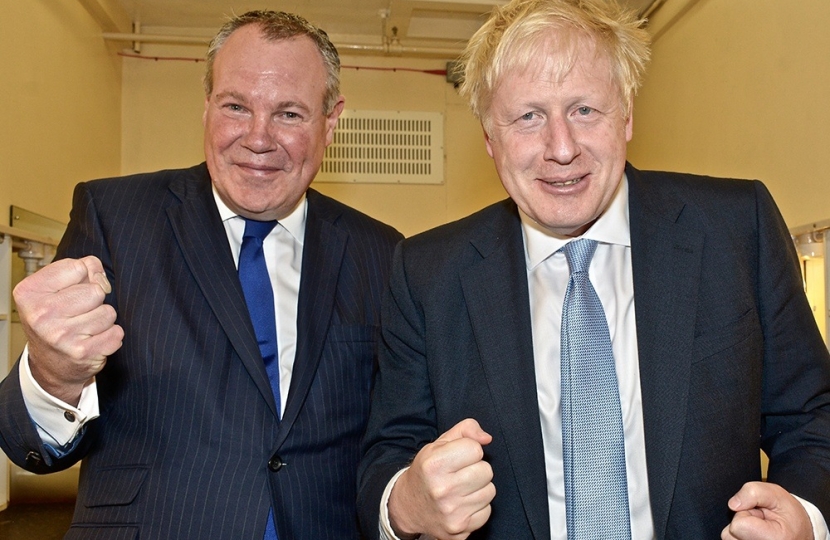 As Boris Johnson begins his second full week as Prime Minister, Conor Burns MP has released the results of two leadership polls he ran during the course of the Conservative Party's election for a new leader.  The results show that both at the beginning of the contest, when there were 9 candidates in the field and in the last week of the contest at the final two stage, Boris won the support of those taking part in the Bournemouth West MP's surveys.  In the first survey, Boris secured over half the votes, rising to nearly 69% of votes in the last week - a result similar to the 67% of the vote he received in the "real" ballot of Conservative Party members. 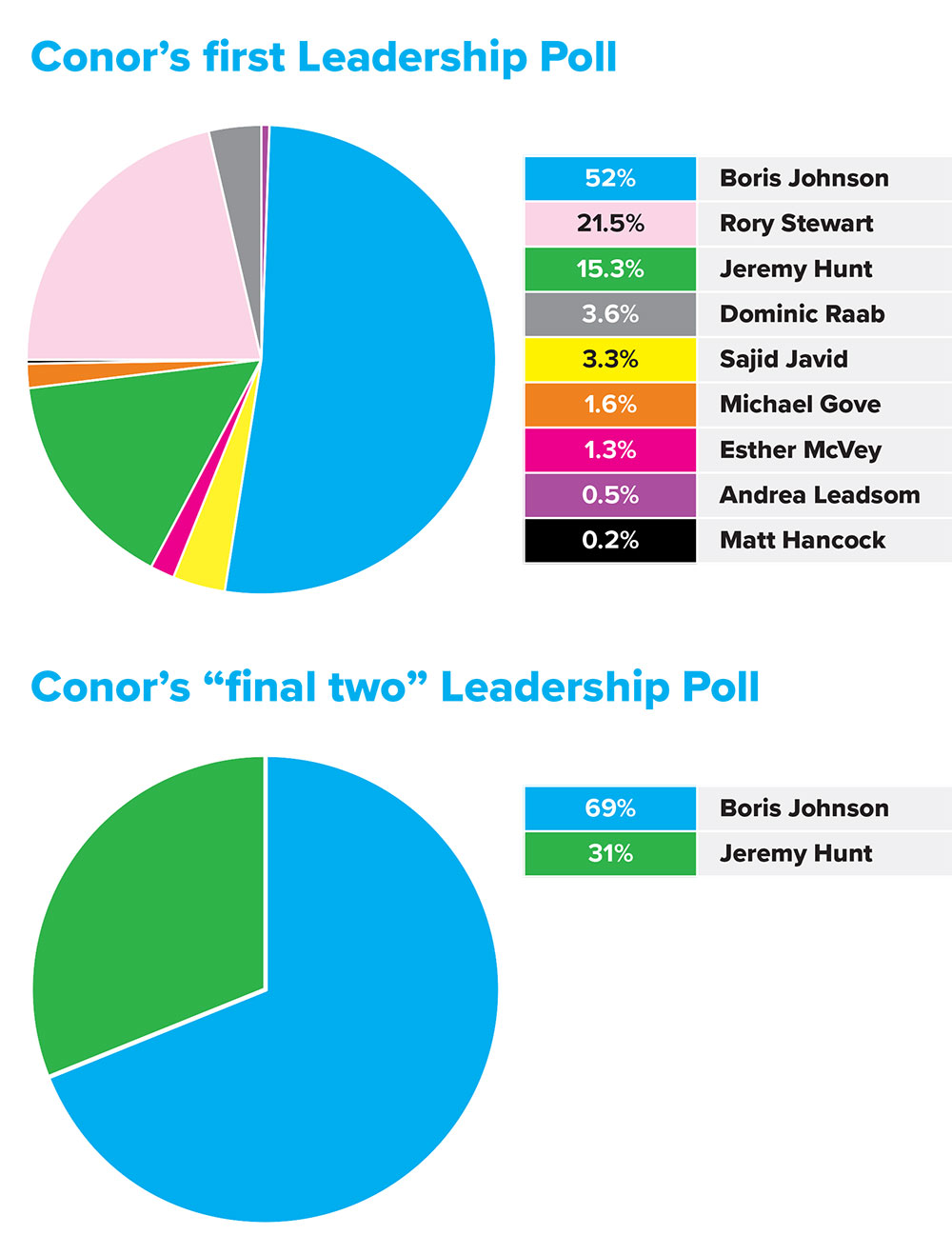 Local people can continue to tell Conor what matters most to them and their families by completing his "listening to you" survey here.